Bruxy Cavey loves to make a distinction between following Jesus and following the Bible. This is a distinction without a difference. Cavey uses this tactic to justify dismissing those things in the Bible which he deems inconsistent with his own view of Christ (more about this later in this article). I have addressed this false distinction here.

When we imbue the Bible with the place and power that only Jesus should hold, Christ-followers can become idolatrous Bible-followers rather than Christ-followers – and that is a recipe for disaster.” – The Authority of the Word of God in Print and in Person – The Meeting House

To drive this point home, Cavey uses the example of a Pastor named Paul Hill (see this sermon and The Authority of the Word of God in Print and in Person). Reverend Paul Hill professed Christ and, in Cavey’s words, was “A very dedicated and passionate evangelical pastor, Paul Hill was committed to the authority of Scripture. He was passionate for God, and followed the Bible as his authority for faith and practice.” Reverend Hill shot and killed an abortion doctor and his bodyguard with a shotgun and found his justification for doing so in the Scriptures, according to Bruxy Cavey.

Here I will argue that Paul Hill was not following the Bible when he did what he did, and also that it is actually Bruxy Cavey who handles Scripture in a way similar to what he accuses Paul Hill of.

Paul Hill was not following the Bible 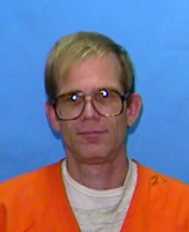 Cavey writes: “The Bible comes with its own instructions on how to use it, if we have eyes to see them. The Bible records Jesus teaching that all of Scripture functions as a pointer to him. If Christians do not move through and beyond the pages of Scripture to follow the person of Jesus, then we are left following a book that can be manipulated to espouse many deadly and destructive teachings.” – The Authority of the Word of God in Print and in Person – The Meeting House

So, again we see the impossibility of detaching Jesus from Scripture. For the sake of argument please consider – what is left of Scripture if we utterly detach Jesus from it? Jesus is the second person of the Trinity, perfectly in union with the Father and Holy Spirit, so to detach Him you would also need to detach God the Father and the Holy Spirit (who is credited in Scripture with moving men to write Scripture). Is this what Paul Hill was doing? Was he detaching God Himself from Scripture? How exactly would one do this and still “follow the Bible”? It cannot be overstated just how absurd this false distinction is.

Paul Hill was not following the Bible if he was ignoring the teaching on murder and how to deal with evil men in this present age. The Bible explicitly teaches that it is not the role of the individual civilian to mete out final justice (Romans 13:1-5). Even in the Old Testament this was the responsibility of the civil magistrates.

Bruxy Cavey uses the example of Proverbs 24:11 as a text that could be used to justify the murder of abortionists if detached from Jesus. Does that text insinuate that we ought to kill others to stop what they might do to innocent people? Of course not. To arrive at that interpretation one would not be guilty of simply “detaching Jesus”, one would be guilty of ripping the text from the context, isolating it, and imposing a foreign meaning upon it.  That means, he would not be following the Bible in any meaningful sense at all.

So, whatever justification Paul Hill thought he had was not the result of him following the entirety of Scripture. If he was, in fact, doing what Cavey claims – detaching Christ from the Bible – then by very definition he was not following the Bible.

This false distinction can only serve to confuse the relationship of Jesus, the rest of the Trinity, and the Scriptures. It poisons the minds of Bruxy Cavey’s hearers against considering the whole of Scripture as what Jesus said it was – God speaking. It is a false distinction, and a dangerous one that leads to a false view of Scripture, Jesus, and God.

One other thing needs to be pointed out. I would argue that there is far more in common between Paul Hill (according to Cavey’s allegation) and Bruxy Cavey in their approach to Scripture than there is between someone who follows the entirety of Scripture.

“We don’t try to balance the revelation of God in Christ with other revelations in the Bible and say ‘well Jesus says, y’know, love your enemy, forgive your enemy, lay your life down for them but Moses said slay your enemy and you need a balance of Jesus and Moses to be a good Christian’. Whatever the answer is, and there’s a few different theories, and it may seem like I’m avoiding your question, but I’m not – just for the sake of time I would say this: Whatever the answer is to why God is recorded as commanding violence in the Old Testament, when we read that, John says in his gospel ‘it’s like we’ve never seen God’. He said that in this passage as well. It’s like you’ve never seen God, until you see Jesus. The Apostle Paul says it’s like you’re seeing a shadow of the reality of which Jesus is the substance. John just goes one step further and says it’s almost like you’ve never really fully seen God until you’ve seen Jesus. So whatever the explanation is we can say that our job is not to try to understand God in an Old Testament/New Testament balance, but to see Jesus at the center and then to go back and try to understand the Old in light of Christ. – Reunion #3 – God’s Graphic Love (36:46)

This can be seen in his affirmation of Greg Boyd’s position that much of the Old Testament’s revelation of God is not true to God’s nature, but is actually God’s accommodation to the people of Israel, allowing them to think he’s a violent, warring God because that’s what they wanted. In a message delivered at Boyd’s church Bruxy summarizes this view this way:

“Greg is pointing out that this whole principle of accommodation also happens with Scripture. That we say ‘I want to write about you this way, I want to see you that way. I want, we need our God to be a violent warring deity.’ and God says ‘you’re not catching who I am’. No, that’s, we need, we’re going to talk – and God accepts this on Himself. So, number five, in other words – just as Jesus on the cross is made to look like a criminal by His own people, so God in the Old Testament is made to appear like a criminal by His own people. And in both cases God accepts, accommodates, and redeems this misunderstanding. – The Word of God in Print and in Person (25:00)

So, the revelation of God in the Old Testament, if it involves violence or anything that seems out of line with Cavey’s view of Jesus, is actually the biblical writers making God look like a criminal. Those things are actually crimes, sins which God accepts and accommodates. They are not true to His character at all.

Among such “accommodations” (according to Cavey) is the entire blood-sacrifice system (documented here) . Cavey denies that the shedding of Christ’s blood had any propitiatory effect, or that it truly accomplished anything, based entirely on the fact that Cavey’s Jesus isn’t consistent with a God who would require that. It is clear that Cavey has adopted Boyd’s view. He has taught it in the above quote, in this message at Boyd’s church, and in this Q&A. Also, in his most recent message at the time of writing this he answered a question about the “cruel” acts of God in the Old Testament this way:

“Old Testament stories of God being really cruel, great! Here’s the good news in answer to your question. We live in 2017, which is the year when Greg Boyd has answered that question by writing his 1500 page book which just came out last month. Go read it.” – Reunion #3 – God’s Graphic Love (42:34)

So, if Bruxy Cavey’s allegation is true that Paul Hill really was believing Scripture but detaching Christ from it, Cavey is doing the same thing in reverse – coming to the Scriptures with an overriding presupposition of what Jesus must be like and interpreting Scripture, including the teaching of Christ in Scripture, according to those presuppositions instead of allowing all of Scripture to inform his view of Christ. Alarmingly, this has caused him to even reject plain, clear teachings of Scripture such as the accomplishment of atonement by the shedding of Christ’ blood for our sin. The result of this is that Bruxy is following neither Jesus nor the Scriptures.

What can Christians take away from examining the view of Paul Hill and the view of Bruxy Cavey? This – Christ cannot be detached from the Scriptures in any way. Any attempted distinction between the two is folly and leads to absurdity. As stated in my last post – as soon as someone says they are following Christ, not the Bible, or if someone tries to follow the Bible and not Christ, they end up following neither.

Bruxy Cavey’s view of Scripture, if true, renders all those who believe the Old Testament to be an accurate revelation of God idolaters. If it is not true, however, then Bruxy Cavey is following a false Jesus created in his own mind and leading others to do the same.

Eric Schneider is a husband, father to three girls and one boy, and, by God's grace, a Christian. View all posts by Eric S

One thought on “Bruxy Cavey and Paul Hill: Detaching Christ from Scripture”